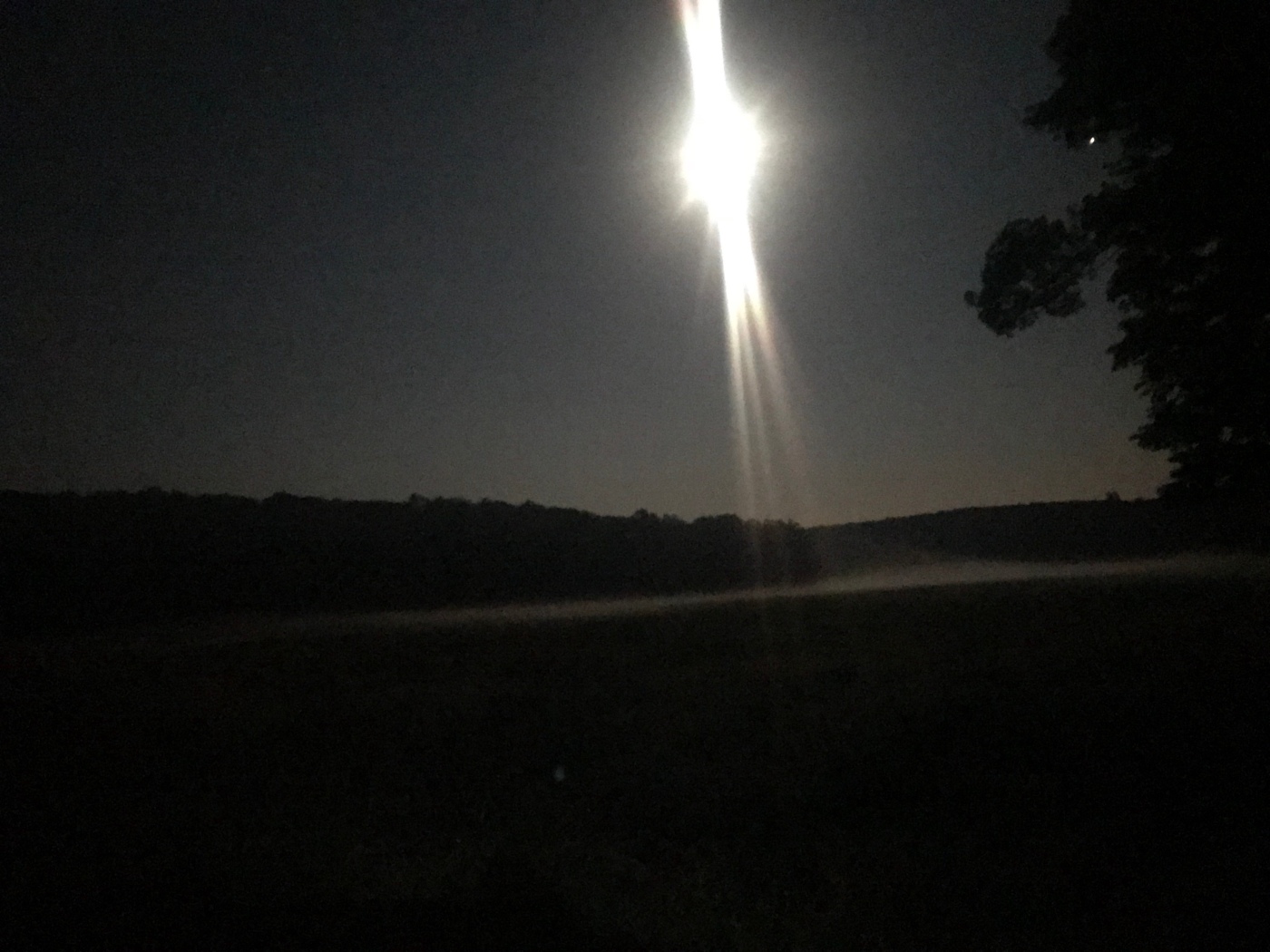 Things get weird at night. That’s part of the fun though. 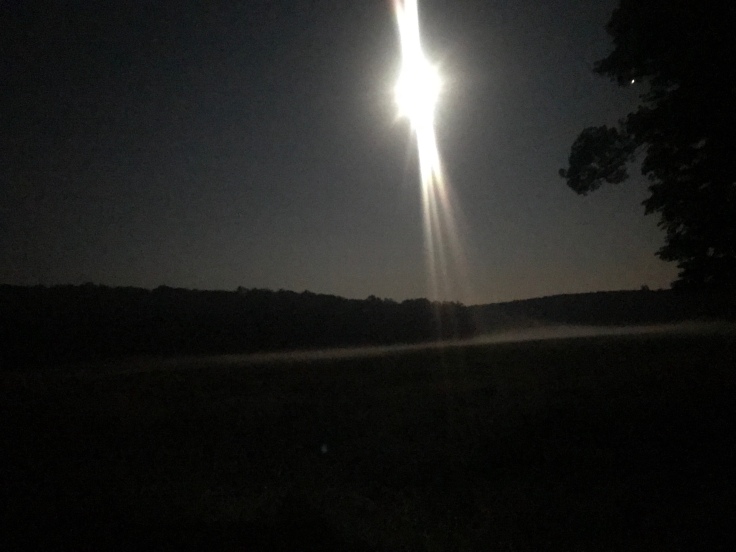 Think about it, the same hungry animals, with the same attitudes, are there in the forest with you during the day, just as they are at night. With a decent light and slow steady footing, night hiking shouldn’t be much of a challenge mentally. Limited visibility and the mind can play interesting tricks though.

Ever hear the old adage, “you wouldn’t care what people thought of you, if you only knew how little they did?” It’s nearly the same for animals, even with black bears. Except when they do have to think about you, they want nothing to do with you.

And even though the animals out here can sense you before you do them, especially at night, none of them think of you as their next meal. Even a snake or a spider doesn’t want to expend it’s venom on something as large as a human.

This lady from Argentina, Tortuga, is hiking the trail solo. She had gambled a small town would have a vacancy and they did not. She was standing at a roadside gap when I came upon her. I gave her the confidence and the company she needed to make it up hill 3.5 miles at night to the next shelter. I always knew how far back she was by the jingle of her bear bell necklace. 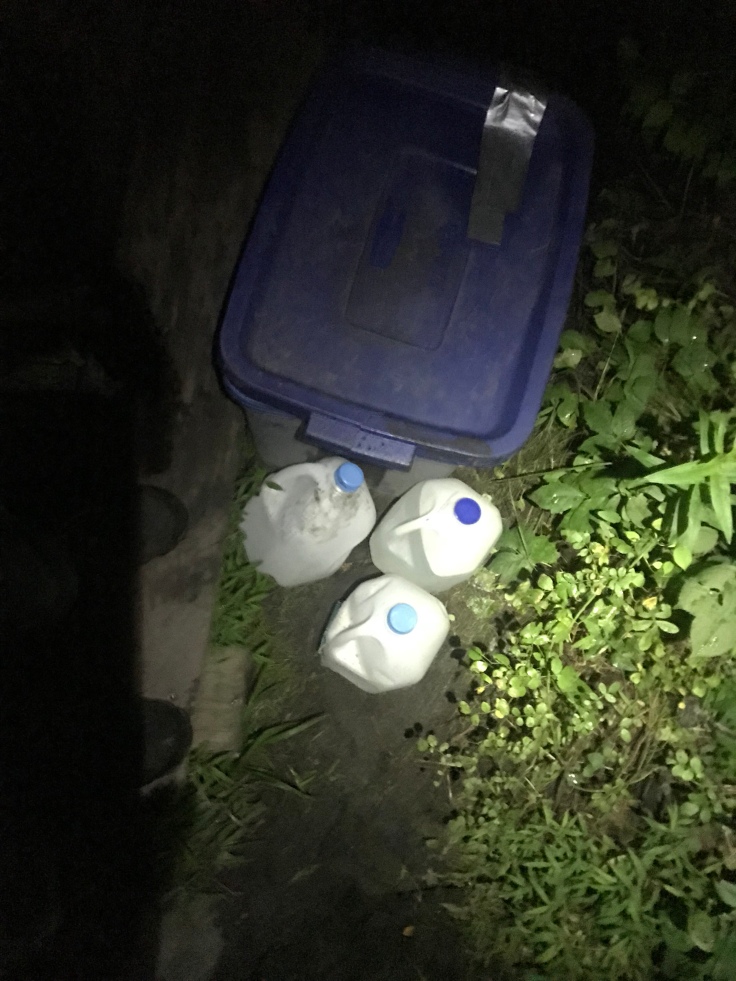 Somewhere along the night I ran into some trail magic, clean water. Much of the water about is brackish and not altogether appealing. Of course it comes out filtered clear and clean. It’s just really nice not to have to screw with refilling at a water source and filtering on the move at night. 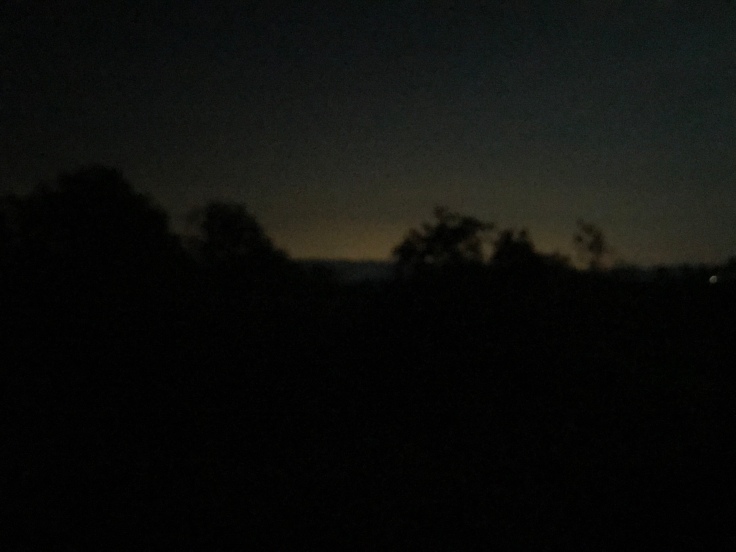 The lights from New York City, it’s the first time you can see them. I had better views, but the camera doesn’t pick any of them up. 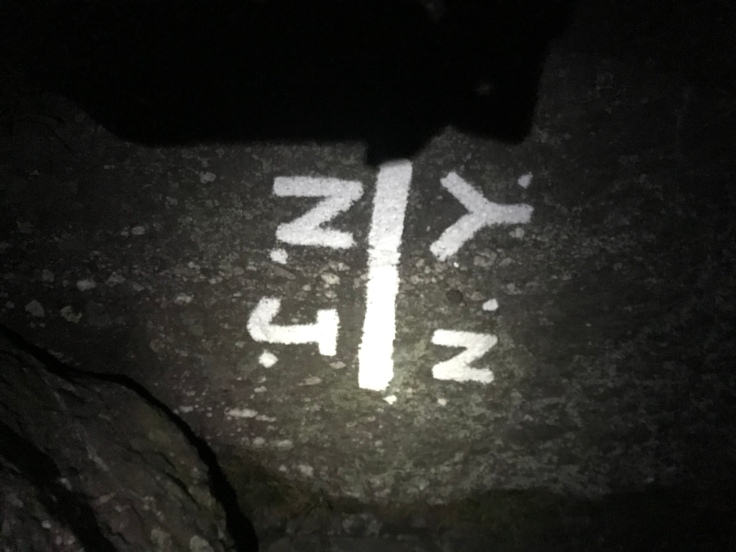 The Appalachian Trail weaves through the border of New Jersey and New York many times, this is one of the few markings I saw.

I summited Prospect Rock around 1am and took in the view. I could clearly see the tops of buildings in NYC below and the flag flew high at the peak with a full moon behind it.

The next few hours I traversed a ridge, often searching for the white blazes painted on the ground, spinning a few circles and occasionally running into small walls with the trail marking simply on the rock wall at eye level, indicating to climb over the obstacle. 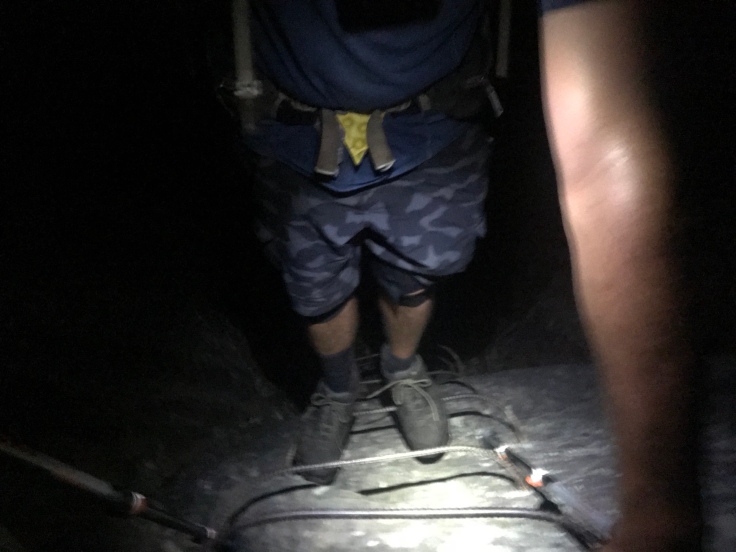 With sunrise and a chill wind I prepared a breakfast/second dinner and had coffee while I air dried my feet. It got fairly cold up there as my body heat dropped and I was left with soaking clothes from sweat. 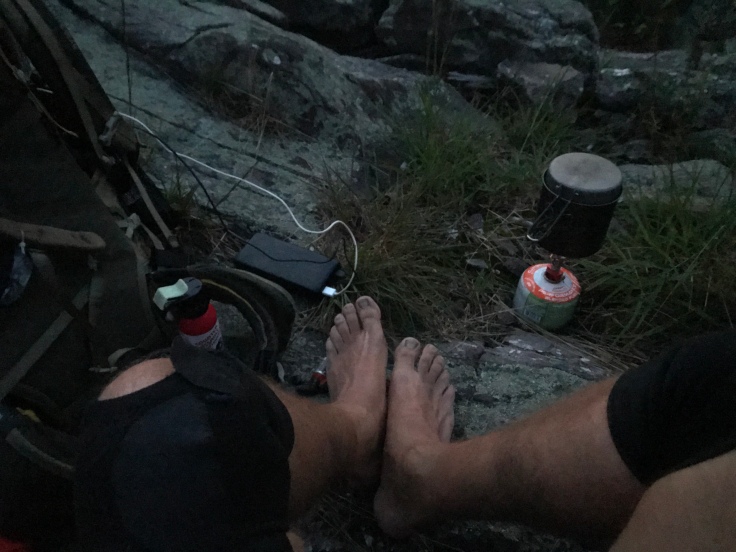 Devices somewhat charged up, feet dry, caffeinated and full, I set out again for the second day.

I did not fall prey to a cat nap or bears, though I did have my freakiest night time bear encounter, with a whole family of them. See the video below.