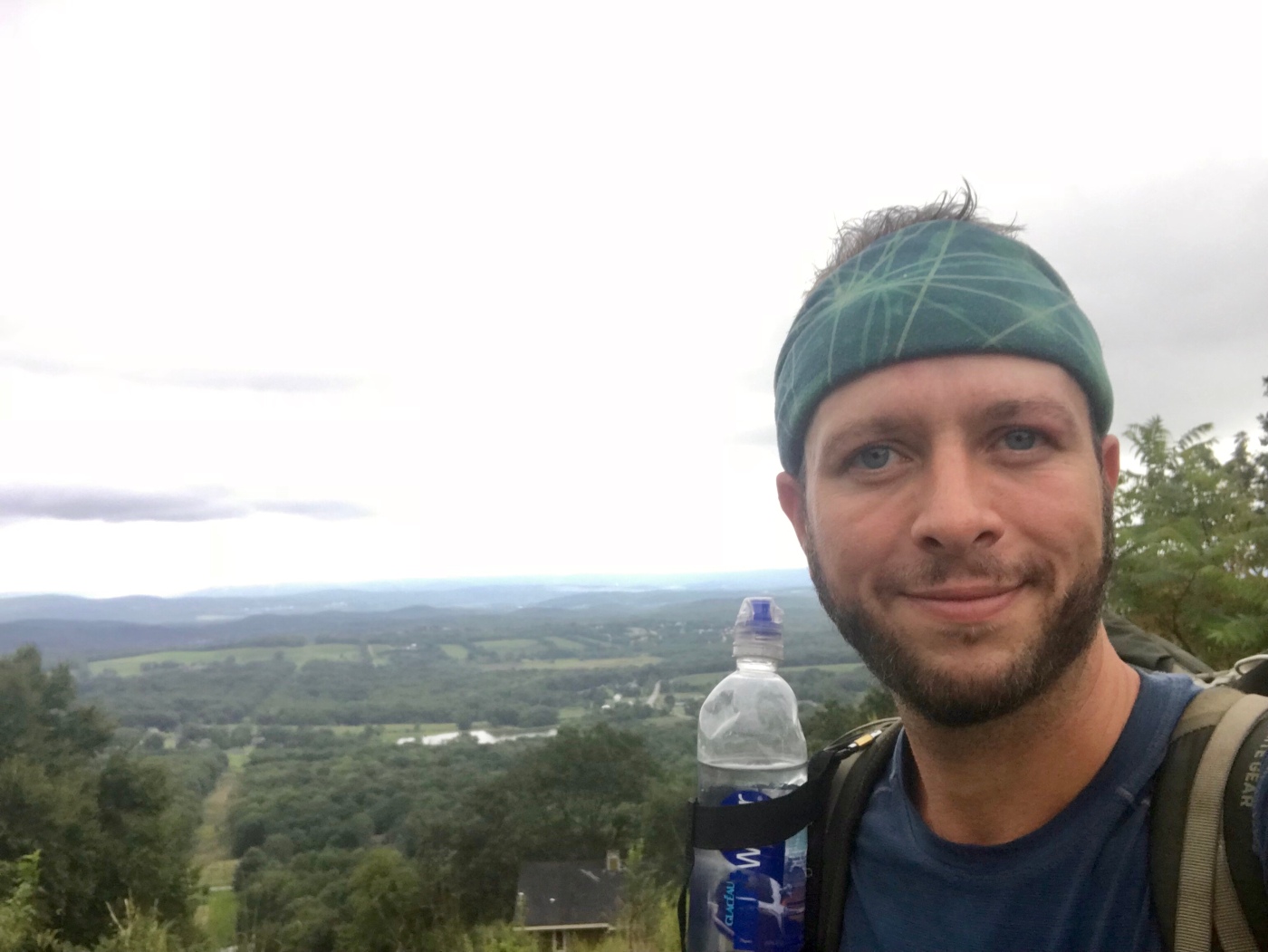 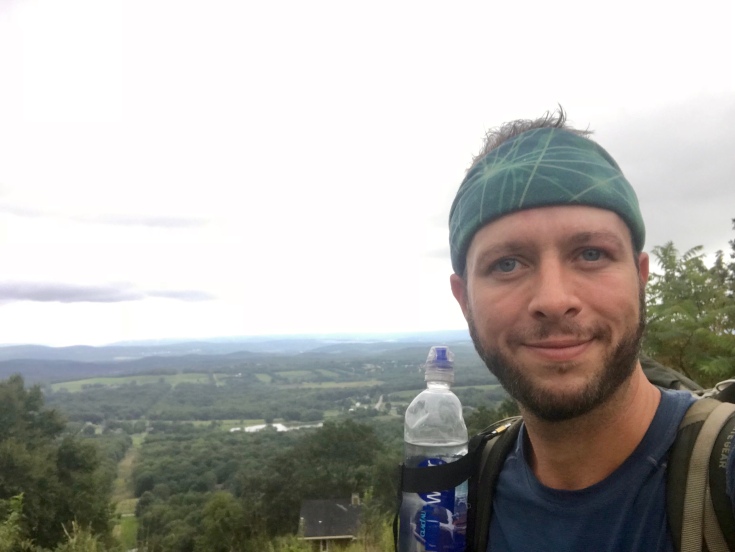 Some of these future posts might get a little random or whacky as I get caught up. The days stories have slipped from memory, if there was one at all. I guess I’m staying in grind mode through New Jersey. 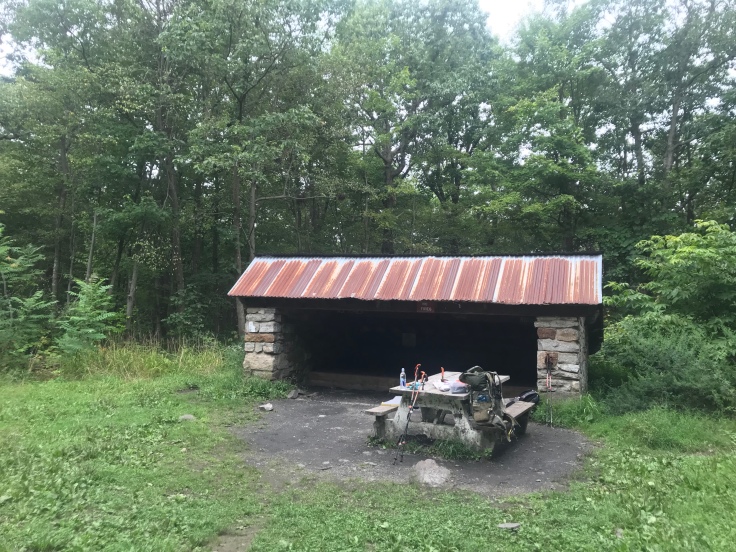 Below would be an example of “trail magic”. There are people in every state called “trail angels” some of them more organized communities and many just random acts of kindness from people along the way, often former thru-hikers that understand what you’re really going through. I believe there is even a documentary on Netflix about one such organization. 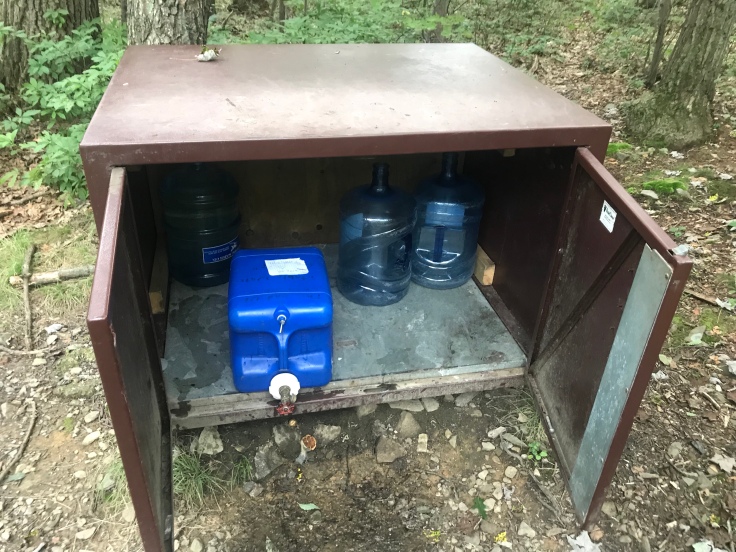 This trail angel keeps 5 gallon jugs of water steadily supplied inside the bear box at this dry shelter. It was much needed. Trail magic can be anything from a seemingly “random” find, like a headlamp in a trash pile when you most need it, to someone like “The Omelette Guy.” Who sets up in a gap at a roadside trailhead and makes omelets for hungry hikers that pass by on a regular basis. 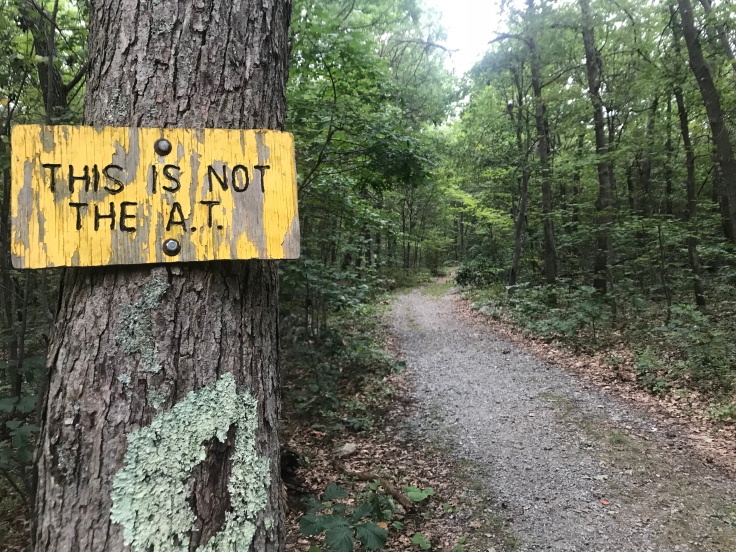 This is the first time I’ve seen a “not” sign. In fact there are more directional white blazes on the rocks on the ground than there are on trees in portions of Jersey. It makes night hikes a little more difficult. You often can’t spot them until your close to over them and sometimes it seems like the trail can go multiple ways. I’ve spun more than a few circles at night looking for the trail. 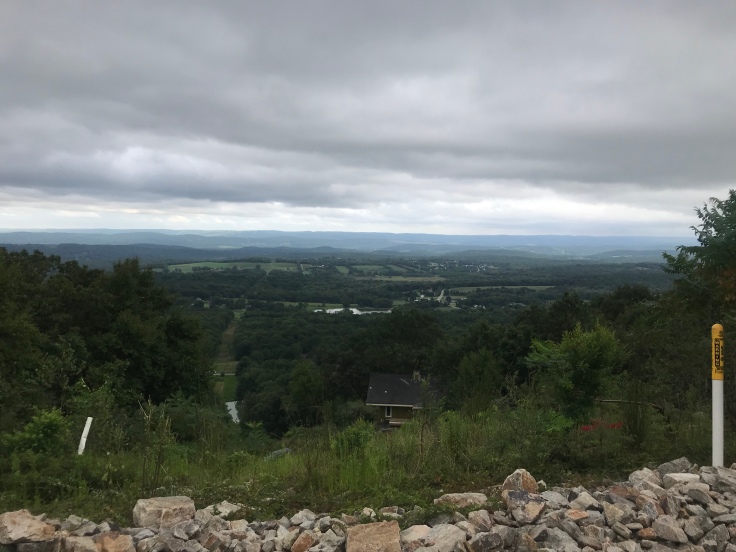 I’ve had a lot of trail angel encounters. Even a day hiker can be a trail angel. Often they will offer water, food and snacks they know they won’t eat before they’re done for the day. It’s really great when they offer to pack out your trash. It gets rid of stinky tuna trash in bear country and lightens the load. So if you ever see a thru-hiker, and you don’t have anything to offer, even this simple act can bring a little sweet relief to them. Just pack out their trash for them. 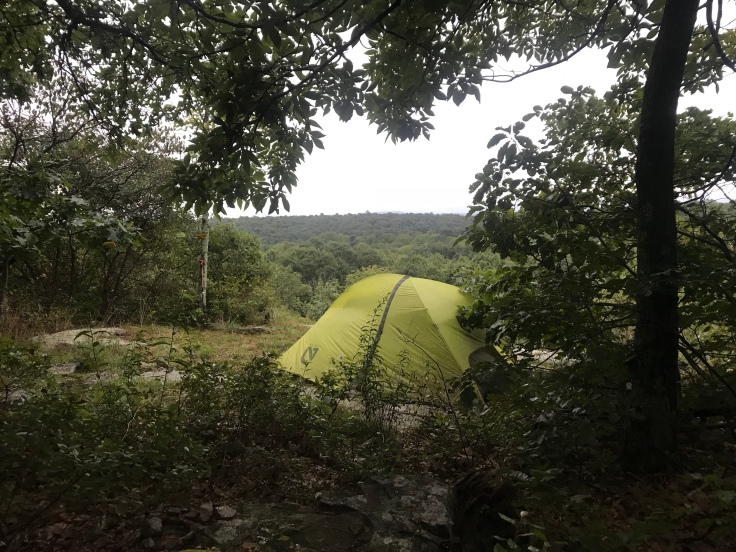 I spent this particular night camped on a small cliff side with a view. 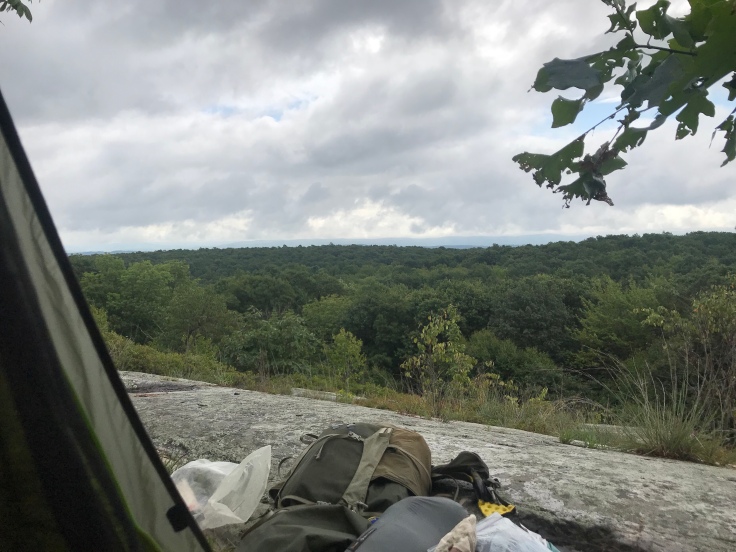 Once the rains passed that is. The storms over night produced some fine winds, I figured they would at this location and had setup extra lines to secure my tent. 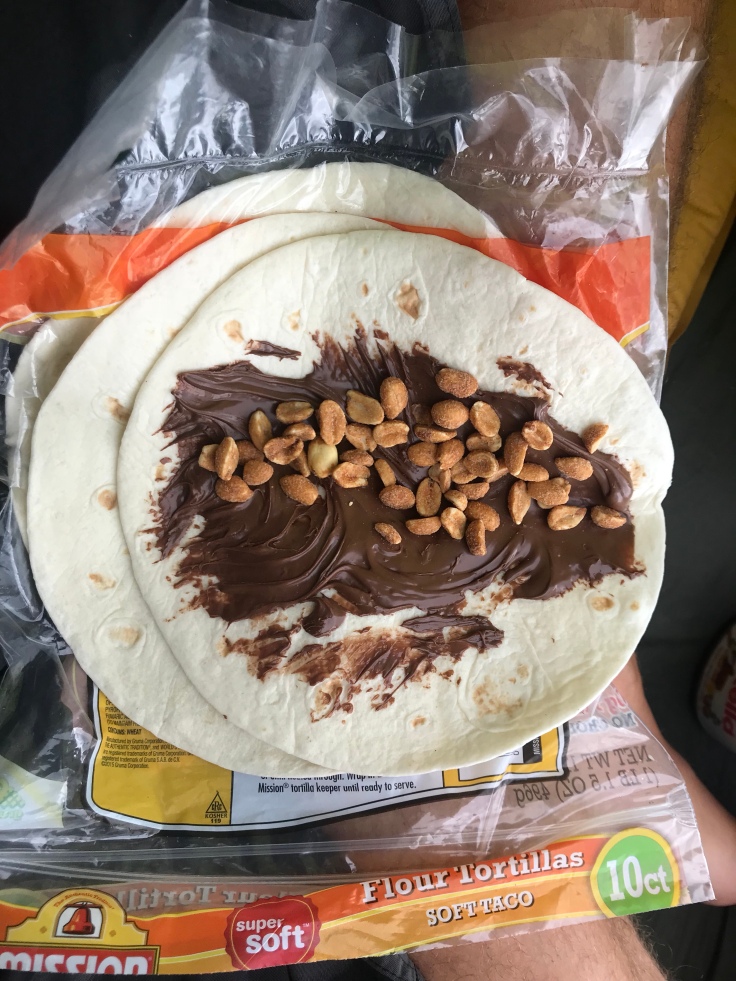 Mmmm, breakfast of Nutella and peanuts on a tortilla. I just can’t eat a pop tart or oatmeal again right now. This is just another of the crazy combos a hiker throws together to try something different for a change.